By David Wethe  Bloomberg
A gossamer-thin glass line threaded two miles underground is allowing oilfield engineers to listen to a new kind of music: the sounds of fracking.

Halliburton Co. (HAL) and competing providers of drilling gear are adapting acoustic spy technology used by U.S. submarines to record sounds made deep in the earth that can guide engineers in finishing a well and predicting how much oil will flow.

The ability to hear inside a well enables producers to fine-tune hydraulic fracturing, or fracking, the process that blasts underground rock with water, sand and chemicals to free trapped oil and natural gas. The technology is targeted at an estimated $31 billion that will be spent this year on fracking stages that yield less-than-optimal results, a majority of the work at 26,100 U.S. wells set to be pressure-pumped in 2013, according to PacWest Consulting Partners LLC.

END_OF_DOCUMENT_TOKEN_TO_BE_REPLACED 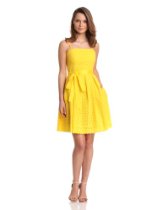